Background and Rationale: Why this research was conducted?

Canada has always been considered as an appealing destination for those who want to migrate to a new country. This is because migration to Canada is relatively easy and it is friendly to immigrants. The possibility of migrating to Canada using Permanent Resident Program Economic Classes, particularly, the Federal Skilled Worker program, resulted in a huge influx of highly educated professionals including internationally educated researchers (IERs). However, a large proportion of these internationally educated professionals remain unemployed, underemployed and/or their skills are underutilized. Previous studies have shown that underutilization of skills and experiences of the internationally trained immigrants, also known as “brain-waste”, is a well-known phenomenon with a significant adverse impact on the Canadian economy. While Canadian evidence on labour market barriers and challenges facing immigrants to Canada is strong, there is very little research on the experiences of IERs. To address this, Access Alliance Multicultural Health and Community Services with the financial support of the Ontario Trillium Foundation (OTF) designed and conducted a research project to find out:

To achieve the aforementioned objectives, 22 IERs and 11 researchers, employers, human resources administrators who were working in research institutions and organizations with experience working with internationally educated professionals in Ontario participated in focus group discussions and key informant interviews, respectively.

Findings: What we learned from this study?

Our findings demonstrated that IERs used different strategies to break into the research labour market in Canada. They used employment agencies services, searched and applied to online and/or printed job-postings, tried to build their professional networks, volunteered, and did cold-callings. Unfortunately, almost in all cases, their experiences were not positive.

The main barrier that was considered by almost all participants in this study was that the international education, qualifications, and experiences of the IERs were not recognized in Canada. Other barriers that they experienced were lack of information and/or services they need to find a decent job in their field, employers’ practices such as preference for hiring those applicants they already know, limited research job opportunities, and lack of robust programs that facilitate the hiring of IERs. Participants mentioned understanding the culture of workplaces in Canada, language skills and hard skills as common personal challenges.

When IERs could not find decent research jobs, some of them get into survival jobs, in most cases being of a precarious nature, sometimes for extended periods. In addition, most of the IERs who participated in the present study experienced financial insecurity. The most frequently mentioned health impact was mental health impact. Feeling depressed, anxious, demotivated, disappointed, and frustrated were some aspects of the mental impacts that IERs experienced. Mental health of few participants were so deteriorated that they needed psychiatric consultation and even received medical treatment for their conditions. Few participants experienced socio-familial impacts including social downward shift and having no enough time to spend with their children.

We found two groups of potential solutions to support IERs find decent jobs in research related work in the Canadian labour market. The first group consisted of those solutions that supposed to be used by the individual IERs to increase their possibility of finding a job in their field for example learning new skills, strengthening skills that IERs had already learned, finding a mentor who could support them through the process of breaking into labour market, having persistence and determination, preparing appropriate job application documents, and building professional networking.

The second group of solutions should be considered at policy-making levels, for instance, developing policy and programs that help hiring IERs; implementing some existing policies such as those that support inclusiveness, diversity and equity; increasing governmental support for research; and developing immigration policies in coordination with regulating bodies.

Some interviewees and IERs mentioned few factors as the root causes for the barriers that IERs face in Canada when it comes to finding a decent job in the research sector. They were: discrimination, racism, and xenophobia; and current research job market which is basically a contract-based, short-term market with limited job opportunities.

Concluding remarks: So what?

The present study demonstrated that there were several barriers and challenges that prevented IERs to find a decent job in their research field. To find a decent job in the research sector, IERs faced similar barriers and challenges that other highly educated immigrants experienced. However, there were some barriers that were specifically pertinent to IERs for example nature of research jobs, which are usually short-term, contract-based; current research labour market situation; and lack of robust governmental support for research.

To tackle this problem, actions from all stakeholders are needed. Advocacy and campaigns should be launched to change the false perception and belief about IERs’ lack of qualifications. Both public and private sectors should provide more opportunities to IERs to get hired in their own fields. The lengthy and expensive assessment of international credentials should become more feasible and affordable. Robust programs should be developed to enhance the hard and soft skills of new immigrant IERs to help them to break into the research labour market and integrate into the workplace. Last but not least, it should be considered that IERs are a specific group of immigrants that need specific and tailored services to be successful in finding a decent job.

Reducing the brain-waste in Canada through improving employment of immigrants including IERs should be seen as a win-win opportunity. Improved employment will enhance the economy of Canada by billions of dollars each year and properly employed immigrants will not face economic, health and socio-familial impacts that they face while they are unemployed, underemployed, or stuck in precarious jobs.

You need to be a member of Immigrant Researchers Support Network (IRSN) to add comments!

This reply was deleted. 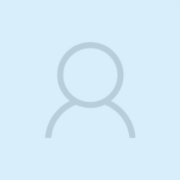 A new artilce (systematic literature review), published recently, summarises drivers of migration-why migrants live thier countries of origin. What do you think?https://jorgencarling.medium.com/what-makes-people-want-to-migrate-b91ad7d9ddb0?fbclid=IwAR1BeAdfXy1AqvBzc2fEX9SVmg6t-KHI0BRTPC7C7JJks4djY8pqqerf79o 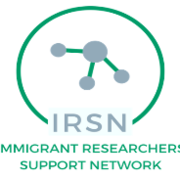 Description: IMGs, Canadian Health System, and COVID 19 pandemic. Most countries including Canada are affected by the pandemic and it is a complex landscape to navigate through. Like many other countries, the situation of the pandemic in Canada is challenging. In this regard, how do IMGs with their skills and knowledge fit in the Canadian Health system to have a mutual benefit in mitigating the pandemic effects? This presentation introduces the attendees to the current state of IMGs in Canada,…

Description: When stakes are high, opinions vary, and emotions run strong, you have three choices: Avoid a crucial conversation and suffer the consequences; handle the conversation badly and suffer the consequences; discover how to communicate best when it matters most. Let's talk about tools you need to step up to life's most difficult and important conversations, say what's on your mind, and achieve the positive resolutions you want. In this first talk of this series, we consider the business…

Compeer | IRSN Coffee Chat | November 27, 2020 Description: Social Isolation in the seniors can have a major impact on their lives. It is a complex issue, resulting from a variety of circumstances and situations. Social isolation happens when a senior’s social participation or social contact drops. About 30% of Canadian seniors are at risk of becoming socially isolated. With the help of organizations, individuals, and technology, seniors can overcome social isolation. This presentation…